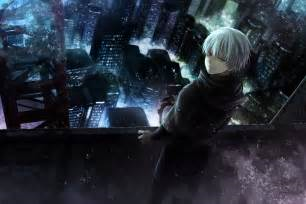 “If you obey the rules, you’ll miss all the fun” – Juuzou Suzuya