ANNIHILATION: THE 5 THINGS I ENJOYED MOST ABOUT THIS FILM

I watched this in my film and television course and not going to lie, I think I liked to a tad bit more than I usually would because I managed to talk to someone I knew from last semester before the screening started so I was feeling proud of myself and then I sat next to them later too and they’re very cute.

*There isn’t really any spoilers in this review, though if you haven’t seen it the synopsis below is a must read*

Annihilation, written and directed by Alex Garland and based upon the novel written by Jeff VanderMeer, is a science horror film. It follows an all female team of military scientists into The Shimmer – a quarantined, mysterious zone that’s rapidly expanding and mutating all living things inside of it. The Shimmer seems to originate from a foreign object that’s landed on Earth, and therefore it needs be destroyed.

1. This movie is so aesthetically pleasing. Inside The Shimmer all the plants that were distorted were so pretty. And I liked that while outside of The Shimmer all the scenes were shot in clean, quite ‘white walled,’ enclosed places, this was then contrasted against the majority of the area The Shimmer had taken over. Most of what we see of The Shimmer is lush and greenery. And even though the beach inside The Shimmer is quite bare, unlike the previously places we’d seen, it still had a sort of ‘filtered’ look to it that make it distinctly ‘shimmery.’ Yet the whole time there was always still a clear cohesiveness to the storyworld, joining all the parts together visually.

2. I loved loved loved how they had a clear narrative form in this film. They marked every different point with a black title card featuring just white text font on it of where the characters were (e.g. Area X, Inside The Shimmer, Just Outside The Shimmer)

3. Okay, so the plot was kind of boring? I mean, it kept my interest, built up to its climax well, covered some interesting themes (like identity, self-destruction, psychology, science things and the supernatural) but I still felt as if it was kind of generic. There’s nothing wrong with that, but this movie does lack a bit of uniqueness in points I think. There wasn’t anything in it that I hadn’t really seen before.

4. Obviously the acting was great. As you would expect. Plus I love the fact that this movie revolves around an all female team. The characters were also all different, interesting on their own and were their own person with their own experiences, skills and thoughts. 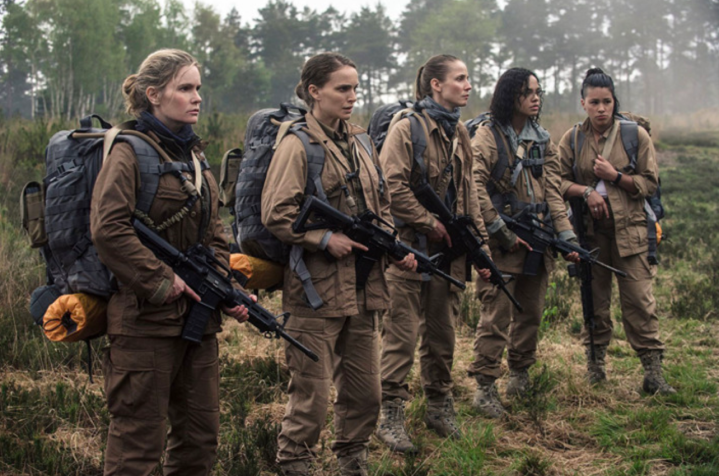 5. I appreciate how the conclusion is kind of open-ended. Nothing is really fully explained, although it all makes sense from what information we’re given and we can conclude on our own what will happen after the film ends. But throughout the movie there is that repetition of the fact that The Shimmer is mysterious because it does not conform to our own understanding of the world – especially then considering that we don’t even really know the full extent of what The Shimmer can do. And I appreciate that. It makes everything a bit more realistic in a way since we don’t know everything about everything, and if something foreign did arrive on Earth then we most likely would not be able to figure everything about it all out. 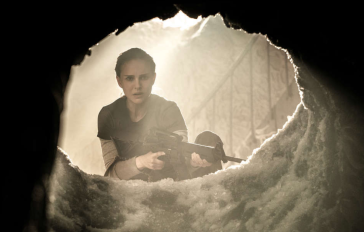 Overall:
This movie is objectively, actually really good. It’s not really my usual go-to watch but I still enjoyed it. What I like most about this film though is that it doesn’t necessarily have to be deciphered and analysed, though there’s a lot to look at if you wanted to, as it’s sometimes just nice to let the mystery be.

7 comments on “ANNIHILATION: THE 5 THINGS I ENJOYED MOST ABOUT THIS FILM”