This is an amazing series and no-one can convince my otherwise.

Deltora Quest is an anime that was adapted from Emily Rodda’s children’s fiction series of the same title. For those who don’t know the great Australian author that is Emily Rodda, this is her pen name for her children’s books and other series such as the Rondo, Teen Power Inc and Rowan of Rin series. She’s also written The Three Doors trilogy.

Emily Rodda’s real name though is Jennifer Rowe and she writes under this name for her adult crime fiction novels, while she then uses the pseudonym of Mary-Anne Dickinson for her books for much younger children. She’s also had picture books published too.

But enough about my favourite childhood author and more about Deltora Quest!

The books are actually split into three series: the first one which is the title name, the second is Deltora Shadowlands and the final one is Dragons of Deltora. There’s also Tales of Deltora (think a fairy tale book, but for the land of Deltora) and Secrets of Deltora (an engaging book about the history of Deltora with a cute little secret message that you have to decode with hints throughout the book via riddles, pictures and puzzles) but we won’t get into those or the second and third series today.

Naturally, someone realised how brilliant this series was and decided to adapt the first series of Deltora Quest into an anime! (Which I have only watched 4 times by now.) Produced by Genco and SKY Perfect Well Think, there are 65 episodes in the Japanese sub but only 52 in the English sub (don’t worry though, I can vouch that both are good). There’s actually 8 books in the series so the storyline is quite involved, but essentially this is the synopsis (taken from the blurb Emily Rodda has written herself, because neither me nor Wikipedia could write anything even remotely close to this good):

And so as you may have gathered by now… I may or may not have had a tiny hyper fixation with this series. But quite frankly, 8-12 year old Spooky is highly insulted that no-one except for herself has ever mentioned this anime series *huffs with the thousands of arrogance*. So I’m going to write about it to rectify this mistake of society’s. (Though then again I only have been blogging for 10.5 months, and since its original run was released back in 2008 it probably has been but didn’t capture anyone’s attention long enough for it to stick around expect for reruns on ABC3 for 3 years… But I’m just going to violently ignore this as a possibility.) 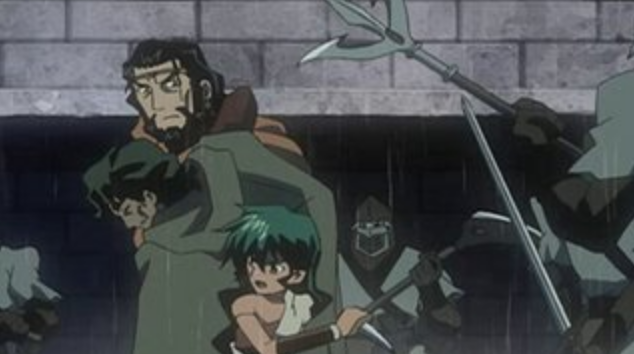 The story is in-depth. It’s interesting, and you have to stay engaged to fully understand the story. There’s tons of puzzles, riddles and hints about everything to everything throughout the series so you do really need to remember stuff because chances are it will be brought up again later, especially with all the big plot twists that happen. This is by far the stand out feature of the series. 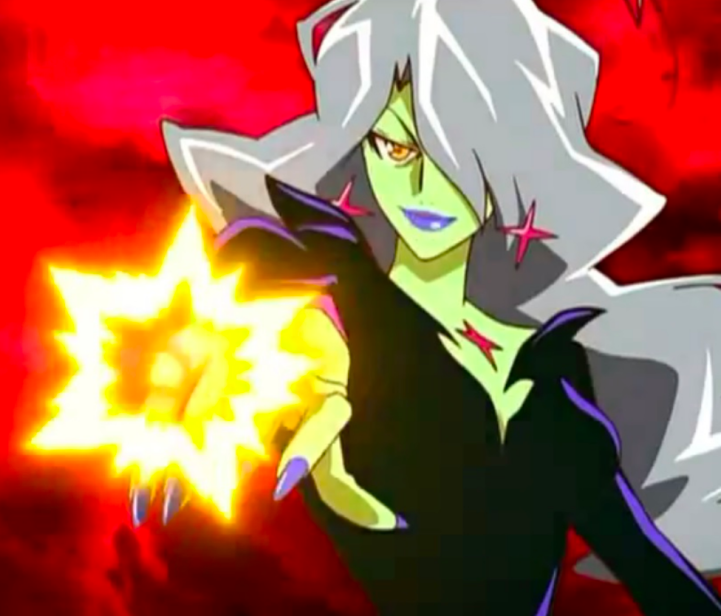 The art is then fairly standard, though that’s still cool and pretty. And the storyline is quite a standard ‘adventure quest’ format too. This tends to translate into the series then being considered a bit of a generic anime, but more so in the way in which you expect certain things to always happen in the shounen genre.

The thing that really helps make the anime nicer though to watch is the characters. They all have great chemistry with each other, and are all diverse and interesting on their own. They are characters with their own skills, opinions and are individuals – which helps make them much more easy to empathise with and connect with too. I also like the character designs in the anime (which have been altered from the book series quite a bit).

Overall:
I will forever hype up this series. I love it because of childhood nostalgia and because of how engaged with the little things and the story events you have to be to be able to link together all the pieces of the puzzle that are the storyline. This series is so well thought out! The characters are well designed too and have great engagements with each other, and although everything else about the anime is pretty standard – it’s still a good, enjoyable watch.

13 thoughts on “DELTORA QUEST: WHY DOES NO-ONE EVER TALK ABOUT THIS”