So my friend and I were going to see Ladies in Black. But neither of us were very invested in it. So we decided to to see A Simple Favour instead because I had no clue what it was and my friend said they thought that the trailer looked alright. Also please excuse how I spell ‘favour’ with a ‘u’ because of my Australianess.

*A light spoiler ahead in the 3rd paragraph* 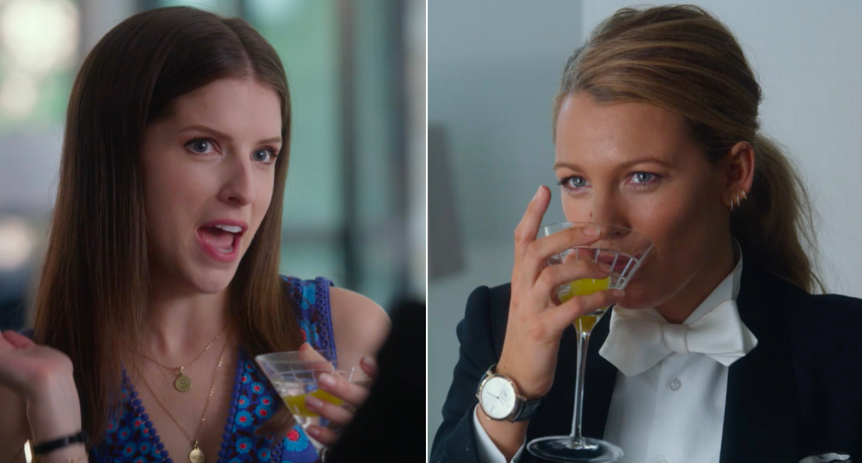 So the acting was great in this. Which really, I wouldn’t have expected anything else since it was Anna Kendrick and Blake Lively.

And I understand that this film is based upon a book too (which I obviously didn’t know at the start considering I didn’t even know this movie was a thing, though I was aware that Anna and Blake were starring in a movie together), but based upon this film it seems like a book that I wouldn’t be really interested in.

The plot just seemed unnecessarily dramatic. I understand that the genre is thriller/comedy, but the plot twists weren’t like ‘really?!’ but more like ‘really -_-’ instead. A lot of it just seemed weird and/or rushed, and the children ended up being my favourite part of it. The relationships all the adults had with each other were just so fast to the ‘I love you’s and there were random kisses that had me confused, there was brother fucking and just ew and who even is the father to one of the character’s son??? And I appreciate the unreliable narration. But was it really all that necessary to have multiple plausible storylines going at once and being constantly updated so that plot line that we’d just spent the last 5 minutes with was totally ruined and continue on like this until the ending? While watching I just felt like that movie was event after event and my response to it all was ‘ugh.’ I couldn’t get into anything that was happening and was more invested in my Mars pods and wondering if I could steal my friend’s Maltesers, because period cravings, than this movie.

The different film locations and costumes were at least nice though.

Overall:
This movie was done well obviously. It was well thought out, acting was great, nicely produced and all that stuff. But it was still ‘meh’ for me.

2 thoughts on “A SIMPLE FAVOUR: I’M GLAD THAT I DIDN’T KNOW THIS EXISTED BEFORE WATCHING IT”