I saw this and didn’t like it that much? In saying that though, I do have Why Did You Do That?, Shallow and Always Remember Us This Way saved and downloaded on Spotify.

I feel very mixed about this movie. Enough so that I’ve concluded that there has to be something about it that I’m really just missing, or not understanding…

I liked the music. Each song was its own story and linked to the characters and what was happening throughout the film.

The acting was also great, and I was so happy that Lady Gaga shone in everything she did in the film. As did Bradly Cooper. They both did phenomenally! They made the movie feel more authentic and so heartfelt. When they sung together I enjoyed it, and the scenes featuring both of them were my favourite. The montages of them in their characters’ house was very sweet too, and quite realistic of what one would expect from a couple who love each other very much. I loved to how stripped back everyone was, they were so open and genuine throughout this film.

But I wasn’t really that into the story line. I found some parts a bit strange like how someone who just got out of rehab still had access to pills so freely in his car? I just… wouldn’t something like that be kept at least in a bag to carry around if it’s medication? Or left in the house if there’s set times one needs to have them or a set daily dosage? And they didn’t really touch more upon how Ally still wanted to do her own thing when she started her career, yet then easily also changed her original vision of herself to what her manager wanted? Though she did seem to fully embrace it (or maybe they found a happy medium?) but I think I just would have preferred learning more about what she was thinking and feeling throughout that period of time. Because that seemed like a plot point, and I thought they were going to explore it further. And the pacing was a bit… off? Not the movie pacing though nonononono. The movie pacing I thought was excellent! But more so in Ally and Jackson’s relationship? But I guess everyone is different? And I’m not talking about the ‘timeframes’ of their relationship because the 1-3 years estimate I’m giving that the movie spans across makes sense to me. I just thought it was a bit strange how forgiving she was – with accepting his proposal after he pulled a disappearing act on her and she two minutes ago said that she wouldn’t get him again if he made her come get him. And why she wasn’t mad at him for what he did at the Grammys? Because feeling like, “What matters most to me is your well-being, but I can still be mad for the way you behaved” is a very understandable and more realistic approach to the situation I think… 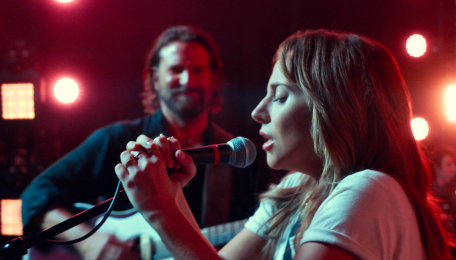 Yet I almost started crying when watching A Star Is Born? So I guess that just shows how moving the film is, because it is a bit of an emotional roller coaster!

Overall:
This is a very, very well made movie. The acting and singing is amazing. It is emotional and authentic and felt very genuine. I didn’t like the story line as much though…

One thought on “A STAR IS BORN: IS THERE SOMETHING THAT I’M MISSING?”