I, for one, find that I am incredibly hard to pitch a show to. I like what I like and if you’re not pitching something to me correctly, I most likely will only get a bit turned off of it. (I’ll have you know that I’m incredibly stubborn.)

I’ve found the best way to make me watch something I’m not showing an interest in, if your desperate attempts at persuading me that I’ll like a show are failing, is to make a deal. Telling me you’ll drop nagging me multiple times a week about how I need to watch a show if I watch the first two episodes with you? Pretty much a sure-fire way to make me watch. 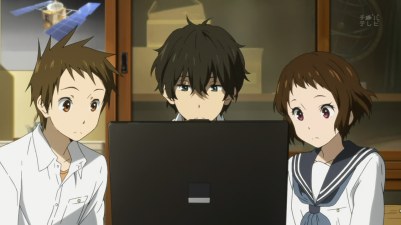 Also compromise. If I watch the first 6 episodes of something you want to watch, then you’ll watch that movie with me that I want to watch.

Or make a rule of ‘You’ll watch an episode with me whenever I want, but I’ll make sure to have a snack supply for you during it.’ Works a charm. 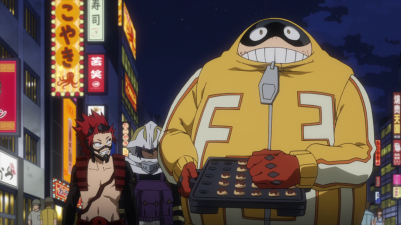 I find these can often be the best way to get me into a show that you want me to watch, especially since between university, a part-time job, a casual job, trying to maintain a social life and attempting to not spiral into even more terrible mental health I find the time I do dedicate to leisure activities are things I love and get invested in (at least before the coronavirus…). So, when I’m already ready to read for the next 8 hours overnight that 110k+ fanfiction piece I’ve been waiting to get to, I might not be so ready to just give up that time to try a new suggested show that just hasn’t clicked with me upon first glance. 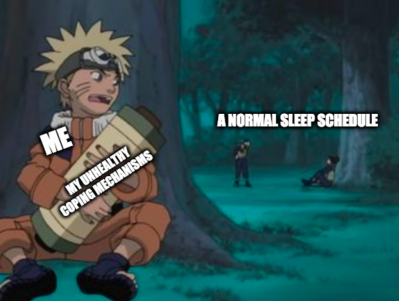 I feel like one of the best examples I can provide is this:

I have been told to watch Mob Pyscho 100 for what’s probably over a year now. I’d been shown pictures by one person trying to convince me to, and the character designs were fine but not that appealing to me as a first impression. And so, it was put into the back of my mind and labelled as a ‘maybe.’

Someone tried to explain the plot to me without giving anything away, and whatever impression was left from that conversation was so bland that I don’t even recall anything they said expect for that the main character is super powerful.

Others tried by pitching that it’s in the top 25 of the 2010s – again not super helpful. 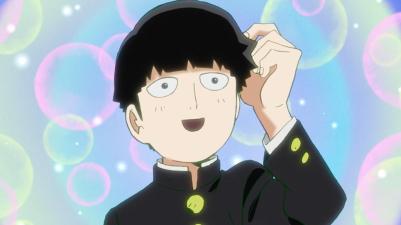 Finally, someone made me watch the first two episodes with them and I loved it. After watching I asked, “So it’s like Saiki K but a bit darker?” and I said that’s all they needed to tell me to get me to watch it. They hadn’t watched The Disastrous Life of Saiki K so they weren’t sure, but I said it also has a super OP main character. I explained that while it seemed while Mob was more insecure and not great socially, Saiki has no interest in being anything but average but keeps getting dragged into situations by those around him. I also mentioned that Saiki K was more light-hearted than Mob Psycho 100. And they seemed interested in watching Saiki K after too! 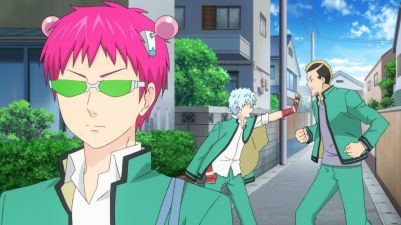 They managed to watch the first 2 seasons within a day too. Thanks, Australian lockdown. I’m definitely not intimidated by how they managed to do that. The best I can do is one season of 12 episodes, 20 minutes long each for anime within 2 days, and for something like Umbrella Academy with 10 episodes all 1 hour long, a week…

But anyway, relating a show back to something I love gets me easily hooked. And even if I don’t, I’ll at least keep it in my memory.

And as I conclude this post, I feel like my main take away from writing this is that I seem super fussy. Oh well, it’s probably true.