So, I recently had started watching Neon Genesis Evangelion. And I’m going to be honest, I wasn’t liking it.

And so, after episode 7 when I was at the peak of my ‘thinking that did not understand what was going on phase’ I did what any person does. Consult the internet. 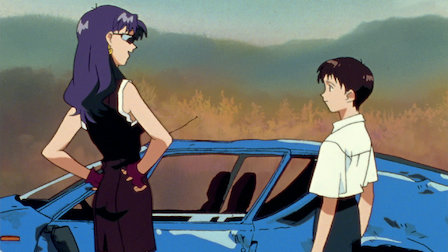 Turns out googling ‘don’t understand neon genesis,’ ‘what am I not getting neon genesis’ and ‘is neon genesis bad or good’ leads to the posts of other weary souls on Reddit asking the same questions about the show that I was.

I felt like one OP of a post I read perfectly captured how I also felt, about trying to watch the show and just thinking that there HAS to be something that I’m missing considering how many people like the series.

The responses were actually all very helpful on the post – with all the most upvoted comments having mini-analyses of characters and themes with added recommendations about how to approach the series while watching it for the first time.

They said that they always suggest watching Neon Genesis Evangelion as a story of a boy on a journey discovering his self-worth, that just so happens to have a mecha backdrop.

And let me tell you, this actually really did the trick for me.

Before I was watching every episode wondering if there was going to be more worldbuilding, plot development, longer battles etc. Other mecha anime or anime that have mecha in them that I’ve watched are more like A.I.C.O., Darling in the Franxx, Voltron, Aldnoah Zero and Guilty Crown so Neon Genesis Evangelion is not the usual type of series I’d pick out.

But watching the series focusing upon how Shinji starts to grow as a person makes it a lot easier to get invested in what is happening in the show. Now I’m lot more interested in the characters and their motives and problems, rather than focusing upon the battles and admiring the EVA and Angels’ designs.

I definitely don’t think there is a ‘right’ and a ‘wrong’ way to watch this series, but watching it with this mindset is definitely the right move for me to enjoy it more moving forward. I haven’t finished the series so I might have to adjust my mindset as the plot develops but I’ll have no issue doing that. Although I do already know what happens in the series and did extensive research to understand what happens (see: reading multiple articles dedicated to explaining what exactly happens in the series. Sue me, I got curious!). If anything I think that this knowledge will help me enjoy the series more since I won’t be as confused, and a few/okay maybe incredibly major spoilers have never deterred me before!