I, like Moya, haven’t seen an episode of Stranger Things but will do my best to answer all these questions! Thank-you for tagging me in this too! 😊

(I also while writing this could not remember any book I have read in my entire life, and had to do some googling of odd phrases like ‘ya novel zombies alive generation’ to find the titles.)

This tag was created by Sarah Elise and you can watch a video they created about it here!

The School for Good and Evil, by Soman Chainani

“Every four years, two girls are kidnapped from the village of Gavaldon. Legend has it these lost children are sent to the School for Good and Evil, the fabled institution where they become fairy-tale heroes or villains.

Sophie, the most beautiful girl in town, has always dreamed of her place at the School for Good while her friend Agatha, with her dark disposition seems destined for the School for Evil. But when the two are kidnapped they find their fortunes reversed…” 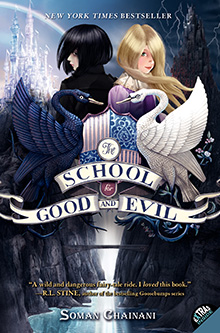 Honestly, this book really grabbed my attention just from the blurb on the back. But the beginning few chapters especially have to be some of my favourites as they hook you in deep. They set up the characters well, their viewpoints, goals and backgrounds. Everything has a layer of mystery to it though which makes it even more interesting, especially as the start is set in the village rather than The School for Good and Evil.

“The phenomenon that’s been sweeping the country seems to be here to stay. Not only are the teenagers who have come back from their graves still here, but newlydeads are being unearthed all the time. While scientists look for answers and politicians take their stands, the undead population of Oakville have banded together in a group they’re calling the Sons of Romero, hoping to find solidarity in segregation.”

This is a romance novel which is usually a hard, left swipe for me, but the story world seemed to interesting to pass up! The story’s set in a world where zombies exist, and are exclusively young people who come back to life hours, days, or weeks after they die. They even become “more human” the more they remember their lives and are shown love by friends, family and others. I’d like to experience myself this world just because of how interesting how everything is handled. There are so many things to consider… Do you mourn until after a certain period just in case they come back? What do you do with teenagers whose parents don’t want them back as zombies? How will people cope if their child is someone who doesn’t return as a zombie? Where should you store bodies then? How can you test humanely on the zombies to learn information, and who do you chose to be in studies?

“Deltora Quest series 1 tells the story of three companions – Leif, Barda and Jasmine – who are on a perilous quest to find thes even lost gems of the Belt of Deltora. Only when the belt is complete will the evil Shadow Lord and his rule of tyranny be overcome.”

Technically this is a series but I will NEVER shut up about how much I loved this series growing up. Leif, Barda and Jasmine are one of my favourite trios in books. They are each such great and interesting character on their own, and their dynamic together is so much fun. They had such a great set-up as a group from the first book too.

‘There is no looking glass here and I don’t know what I am like now… Now they have taken everything away. What am I doing in this place and who am I?’

If Antoinette Cosway, a spirited Creole heiress, could have foreseen the terrible future that awaited her, she would not have married the young Englishman.”

I like this book’s ‘mad woman’ because her name is Antoinette Cosway, and she is Rhys’ version of Charlotte Bronte’s “madwoman in the attic.” The story tells of Antoinette’s life – from her youth in Jamaica, her unhappy marriage to a certain unnamed English gentleman who we all know who renames her Bertha, says she’s made, takes her to English and isolates her from the rest of the world in his mansion.

“Marooned by a lack of education (and lack of anything better to do), Will Flicker, a.k.a. “Flick,” spends most days pondering the artistry behind being a stoner, whether Pepsi is better than Coke, and how best to get clear of his tiny, one-horse suburb. But Flick senses there’s something else out there waiting for him, and the sign comes in the form of the new girl in town—a confident, unconventionally beautiful girl named Rainbow. As their relationship develops, Flick finds himself torn between the twisted loyalty he feels to his old life and the pull of freedom that Rainbow represents.”

This book was the opposite of what I expected because this is the first book I had read that I absolutely hated. I only read the whole thing out of shire spite and stubbornness. Nothing is actually wrong with it though! I just hated reading it. It was too slow for me, the characters too unlikeable, the main character too asshole-ish and entitled (from him it was due to him mostly spending a lot of the book saying how he wants to get out of his small town, but practically refusing to give up drugs or change pretty any of this attitudes or habits to get there and I didn’t feel satisfied with his character and his not-really-existent-arc at all by the end of the book). I also really did not need to ever read a line in a book that portrayed a teenage boy whose character I did not like at all’s armpit fetish. This is not something I say to kink-shame, it is just that as you can tell I am definitely not turned on by armpits.

“Sixteen-year-old Callie lost her parents when the genocide spore wiped out everyone except those who were vaccinated first–the very young and very old. With no grandparents to claim Callie and her little brother, they go on the run, living as squatters, and fighting off unclaimed renegades who would kill for a cookie. Hope comes via Prime Destinations, run by a mysterious figure known only as The Old Man. He hires teens to rent their bodies to seniors, known as enders, who get to be young again. Callie’s neurochip malfunctions and she wakes up in the life of her rich renter, living in her mansion, driving her cars, even dating Blake, the grandson of a senator. It’s a fairy-tale new life . . . until she uncovers the Body Bank’s horrible plan…” 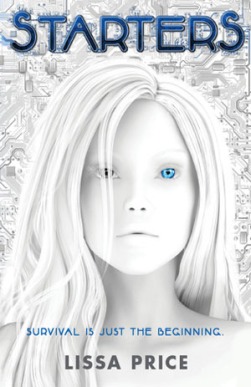 What freaks me out the most about this society is that children are left to fend for themselves as squatters by the government. People under the age of 20 are called  ‘Starters’ who are under-aged and not allowed to work. People of this, they are left with little to no option but to go to a corporation to let their literal bodies be rented to people over the age of 60 as an illegal way of making money. They are chipped so that seniors inhabit the body during sessions and control the body with only their sub-conscious being there during the session so that they can use the teenagers bodies however they want. Because it’s illegal, people also do not say if they are working for the Body Bank or won’t tell anyone if they are an ‘Ender’ paying to use a teenager’s body.

“When the Creeds move into a beautiful old house in rural Maine, it all seems too good to be true: physician father, beautiful wife, charming little daughter, adorable infant son—and now an idyllic home. As a family, they’ve got it all…right down to the friendly cat.

But the nearby woods hide a blood-chilling truth—more terrifying than death itself…and hideously more powerful.

The Creeds are going to learn that sometimes dead is better.” 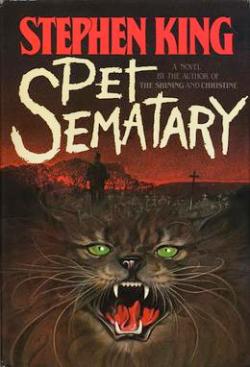 I am not the best handler of horror. Pillows, blankets and hands are frequently used to cover my face while watching. The Wendigo I think is something I wouldn’t want to come across because of how unsettling everything that happened in this book was.

I did some googling too, and the Wendigo is a mythological creature or evil spirit who is described as a monster with some human characteristics, or a spirit who has possessed a human and made them look monstrous. It’s said to be able to invoke acts of murder, greed, cannibalism and the cultural taboos against such behaviours. Definitely would not want to come across!

“Jatta is an Alteedan princess, but her life is far from carefree. Ever since her mother was killed by werewolves when Jatta was a toddler, the palace has been shadowed by fear. Now, Jatta discovers that the werewolves did not just take her mother – they also stole Jatta’s future. As she is haunted by terrible dreams, it becomes increasingly clear that nothing in her life will ever be the same.

Jatta and her bother must flee the palace and embark on a journey to try to save Alteeda. But each month, at the time of the wolf moon, Jatta becomes dangerous – to herself, to her brother, and to everyone else whose path she crosses. Will she be Alteeda’s saviour – or its ruin?”

This book ending was actually very fulfilling. However, it was so good that I just wanted to read more about all the characters, world and developments of the story.

As this tag is pretty old, I’m not too sure if who has already done it. If you want to do it, go for it even if you haven’t been tagged yet! Or even just if you want to do it again! You can also do it with anime, movies, TV series, whatever you want… Also feel free to not do it if you’re not interested 🖤