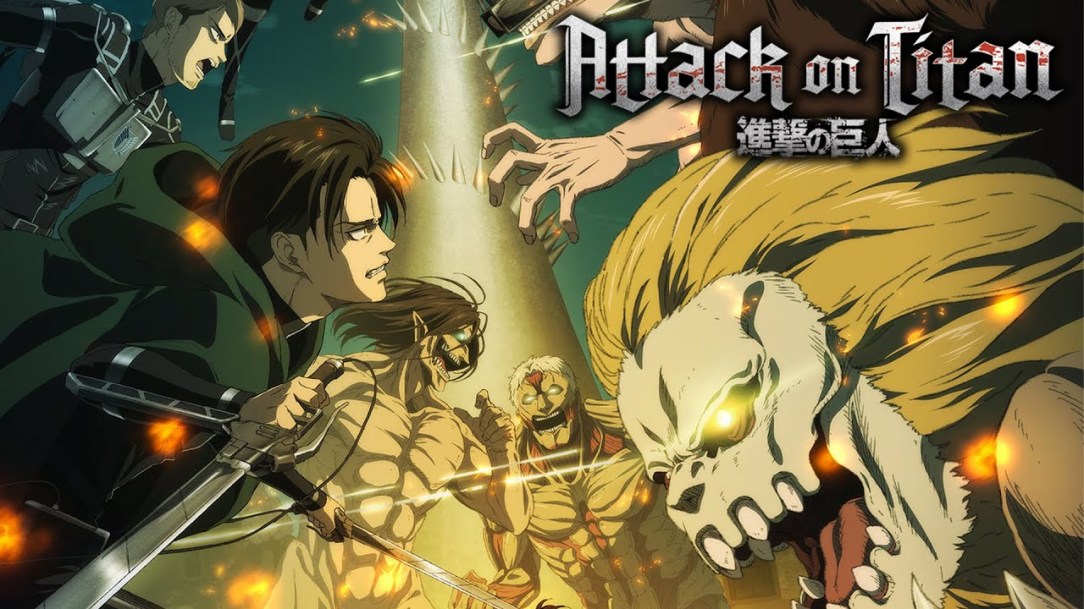 It seems that the Attack on Titan Final Season Part 2 will be beautifully animated, like all the other seasons. I’m more interested in how everyone is going to react to it considering everyone was so pressed about the manga ending.

These ocean shots in the trailer are beautiful! I haven’t watched the series so I don’t know what it’s about but I hope those you like the series enjoy this arc!

Kenja no Deshi wo Nanoru Kenja:

Wow those shots of the town are stunning! I’m not a big fan of the characters in a video-game type of anime so I’ll probably give this one a miss.

I love the blonde girl’s style! I’d watch it just for her.

As we all know by know, I’m not a big romance fan so this one isn’t very inciting to me to watch. I love the redheaded guy’s earrings though.

Okay, this trailer is super boring and I got distracted by my well-lotioned legs instead of looking at the screen. The synopsis seems a little weak as well – with the plot following the two main characters who wanted to become sumurai and slay demons when they were young. But now society praises demons and hates samurais so the main character hides away his dream. Some stuff happens and now the boys go on a mission to restore the tarnished name of sumurai. This is something that I’m not at all something I’m interested in to be honest, so it’s a skip for me.

This is also going to be a miss for me. The whole idea of ‘I’ll get re-incarnated stronger in my next life’ is a concept that I find no appeal in.

I’m actually very interested in this anime! I don’t know if it has a manga so I’m not sure how respectful the anime will be, but this is the first anime with an intersex main character – and where a lot of their struggles revolve around exploring feelings, sense of purpose, and identity mixed in with the middle ages and royalty.

Wow this is really beautifully animated for what seems to be a comedy – especially the characters the backgrounds! I love the character designs too – their outfits and hair are all super cute. It’s English title is also ‘The Genius Prince’s Guide to Raising a Nation Out of Debt’ which is a great name and interesting! The synopsis is also really funny:

It ain’t easy being a genius…

Prince Wein is ready to commit treason. And who can blame him? Faced with the impossible task of ruling his pathetic little kingdom, this poor guy just can’t catch a break! But with his brilliant idea of auctioning off his country, this lazy prince should be able to retire once and for all. Or that was the plan…until his treasonous schemes lead to disastrous consequences-namely, accidental victories and the favor of his people!

I’m rooting for this series to be fun to watch!

Use my affiliate links to support this blog!